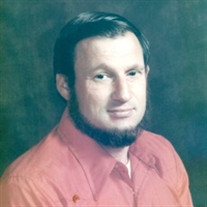 SALEM - Ralph S Benson of Salem, OR left the shackles of this life Sunday November 4, 2012. He is survived by his loving wife, Nancy, his children, Debra Cruz, Kathy Moser, Douglas Benson, David Benson, Daniel Benson, Sherrie Simms, Philip Benson, Michelle Williams, Carole Bladorn and Dougie Benson, their spouses, 18 Grandchildren and 5 Great Grandchildren. A plumber by trade, his real occupation was people, and he took nearly every opportunity to invest himself and his time in his family as well as others, Following a major stroke in 1993, his physical strength may have waned, but his strength of character never wavered, and continued to be an example to all who knew him. For those of us who share his faith in the death of Jesus Christ for our sins, his burial and resurrection, Ralph is home, where we will one day join him in happy reunion. Memorial service will be held on Wednesday, November 7, 2012, at Family Baptist Church, 11585 SW 67th Avenue, Tigard, OR 97223 at 3:00pm

The family of Ralph Serge Benson created this Life Tributes page to make it easy to share your memories.

SALEM - Ralph S Benson of Salem, OR left the shackles of this...

Send flowers to the Benson family.