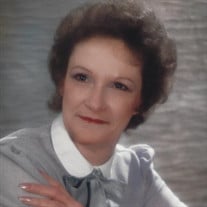 Patricia (Pat) Ann Van Dusseldorp was born August 5, 1939 in Moline, Illinois. She was the first born of two children of George and Mildred Greim. Her brother Jerry was born July 22, 1941. Both Pat and Jerry were raised by their loving foster parents Ernest and LaVerne Palmquist. Pat went peacefully and gained her angel wings at her daughter’s home on August 23, 2021 in Salem, Oregon. She was a devoted partner, Mother, Grandmother, Great Grandmother, Aunt and friend to all who knew her. She grew up in Moline, Illinois. She was emancipated at 16 years of age, while attending High School she worked and maintained a job to pay for a room. She graduated from Moline High School class of 1956. From there she continued working and living in Moline. In 1958 she moved to California and stayed with her biological mother until she gave birth to her first child Robert G Greim on October 1. Shortly after his birth she moved back to Moline, Illinois as she had better support as a single mother from the help of friends and her foster parents. She continued working and striving to make a beautiful life with Bobby. It was in 1963 she met Gene L Van Dusseldorp with whom she married and had her daughter Lori Kaye Van Dusseldorp on Sept 2, 1963. Four months later the family headed out to Southern California. Pat gave birth to her third child Leonard LeRoy Van Dusseldorp Jan 23,1965. The family remained in Sylmar, California until 1976 when the picked up and moved to Grants Pass, Oregon. Thus starting a love that would never fade away for any of them to now becoming their home state. Pat divorced Gene in 1981 and permanently moved to Salem, Oregon. All her children followed her here and remained in the area close to her most of her life. She held many jobs throughout her lifetime, doughnut worker, clerk for the US Government and an Ammunition Depot, Bookkeeper for many businesses, Business owner of a Union 76, Retail shop owner. She also worked for Champion Clothes Outlet, 7-Eleven and (Payless) Rite Aid. Rite Aid was her longest held job for in which she spent 25 years with the company and retired in 2010. All who knew her would agree she never met a stranger. Her sense of humor was amazing and even lasted through some of her toughest days in the end. She always had a smile and kind loving words for everyone. She was compassionate and would help people whenever she could and she would let people know she cared. Always humble and giving to those in need. She loved her family, friends and her life. She would always say I have such a beautiful life and I’ve loved my last 50 years the most. Her final wishes were to be home surrounded with love of family and friends. When I asked her if she wanted to say anything to anyone she said, “l love every one of you” and “God loves you”. Rest in Peace Mom … I love you … Mom would always come back with, “I love you more”.

Patricia (Pat) Ann Van Dusseldorp was born August 5, 1939 in Moline, Illinois. She was the first born of two children of George and Mildred Greim. Her brother Jerry was born July 22, 1941. Both Pat and Jerry were raised by their loving foster... View Obituary & Service Information

The family of Patricia "Pat" Van Dusseldorp created this Life Tributes page to make it easy to share your memories.