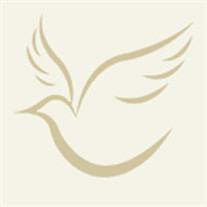 Marvin Harold Detambel, Capital manor, Salem, Oregon, passed away on November 14, 2012. Surviving are his wife, Hazel (Fornoff) Detambel; Dayghter Linda LaBreche, Dallas,Texas; Grand-daughter Bethany LaBreche, Tucson, Arizona; Grandson David Labreche, Glenmont, New York, his wife Jennifer and great-grandchildren Calden and Makayla. Marvin was born to Ada & Morris Detambel in Reading, Pennsylvania on November 28, 1921 and lived his early life in nearby Mohnton. He enjoyed Boy Scouts, high school basketball and playing tennis on town and college teams. Violin lessons began in second grade and continued through his years at Lebanon Valley College PA. where he was a chamber music player, soloist and concertmaster of the symphony orchestra. He received his BS degree in Music Education. Over the years he played in the Harrisburg, PA. Symphony Orchestra and in California the Orange County Philharmonic and Anaheim Symphony Orchestras. He and Hazel played many violin/piano recitals together. He served 42 months in the Army Air Corps during World War II, including 13 months as a Communication Officer in the Asiatic-Pacific theater. After returning home he graduated from Indiana University, Bloomington, Indiana with a Ph. D. degree in Experimental Psychology in 1953. Marvin's career activities included psychological research, systems training, statistical analysis and human factors engineering. Except for one year on the faculty at the University of Illinois Psychology Department, his employers were California based: the Navy Electronics Laboratory, the RAND Corporation, System Development Corporation, Douglas and Hughes Aircraft companies, California State University, Northridge, and the California Department of Education and Rehabilitation. His hobbies included reading, walking, playing table games, preforming close up magic (he was a member of the Academy of Magical Arts in Hollywood, California) and solving word & number puzzles, winning many prizes for that skill. He was a quiet, caring, and gentle man with a quick wit and an appreciation of good humor. He will be greatly missed by his family and many friends. A gathering of Friends will be held soon at Capital Manor. Services are under the direction of Restlawn Funeral Home in Salem, Oregon.

The family of Marvin H. Detambel created this Life Tributes page to make it easy to share your memories.

Send flowers to the Detambel family.