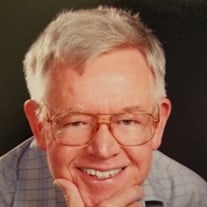 Mark Eugene Lawrence Jr. of Salem passed away on January 22, at the age of 76 after a long fight with Parkinson’s disease. Mark was born in Twin Falls, Idaho, on December 6, 1944, to Mark and Alice Lawrence. He graduated from Medford High School in 1963 and from Oregon State University in 1967 with a BS in Range Management. He wed the love of his life, Carolyn, in October of 1970. He was blessed by the birth of his daughter, Sara, in 1973 and his son, Mark, in 1976. Mark was a faithful public servant, working with the Bureau of Land Management and the Department of Interior for 32 years. He served in Nevada, California, Washington, D.C. and ended his career as the Associate District Manager in Salem, Oregon. He loved managing and protecting public lands. He was especially proud of his work with wild horses and bringing various interests together to cooperate on public land use issues. He was integral in developing the Yaquina Head Outstanding Natural Area in Newport, Oregon, and the Wildwood Recreation Site near Welches. His hobbies included landscape photography, hiking and traveling. He enjoyed U.S. history and loved listening to all types of music, but especially Christmas carols during his birth month. He delighted in time with family in all its forms. Mark instilled in his children a love of the beauty of the outdoors and National Parks. He also bequeathed a love of music and community responsibility. He was a loyal and faithful provider for his family, who always had a smile on his face and loved a good laugh. Mark was also a respected and caring boss and co-worker. Mark will be greatly missed by, and is survived by, the love of his life, his wife, Carolyn; his children, Sara and Weng-Keen Wong of Corvallis, Oregon, and Mark and Jennifer Lawrence of Milwaukie, Oregon; as well as his two granddaughters Cassidy and Victoria and foster grandchildren Eliza and Melodee. Services will be held at Westminster Presbyterian, at 3737 Liberty Rd. S. in Salem, sometime in late summer 2021. Details will be released at a later time. In lieu of flowers, donations may be made to Habitat for Humanity, Marion Polk Food Share, Westminster Presbyterian Church building fund, or a charity of your choice.

Mark Eugene Lawrence Jr. of Salem passed away on January 22, at the age of 76 after a long fight with Parkinson&#8217;s disease. Mark was born in Twin Falls, Idaho, on December 6, 1944, to Mark and Alice Lawrence. He graduated from Medford... View Obituary & Service Information

The family of Mark E Lawrence created this Life Tributes page to make it easy to share your memories.

Mark Eugene Lawrence Jr. of Salem passed away on January 22,...

Send flowers to the Lawrence family.