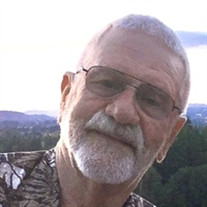 John Volbeda, 79, passed away peacefully on February 14th, 2021 at his home with his loving wife, children, and grandchildren by his side. John was born in Sneek, The Netherlands on August 13, 1941 to Hendrik Volbeda and Jeltje (Janet) Iedema. In 1952, to create a better life for their family, John, his parents, and his seven siblings immigrated to the United States. After landing in Hoboken, New Jersey, the family eventually settled in Ontario, California, where the family grew by two more children. At the age of 16, John began working at a dairy farm, and fell in love with the work. He continued to work on dairy farms for much of his late teenage years. John began dating his lifelong partner, Lucyann Brinderson, in 1962, and they married two years later. John and Lucyann started their first dairy in Lakewood, CA, and five years later, along with their two boys Rodney and Darren, moved and started a new dairy in Aurora, OR. In 1972, John, Lucyann, and the boys moved to Albany, Oregon, where they completed their family with their third child, Coleen. The family built, maintained, and ran their dairy operation there for 42 years. John had a great passion for dairy farming, but an even greater passion for the animals. His care and compassion for his cows was admirable. He served as president of the Oregon Dairy Products Commission and was a board member of the Oregon Dairy Farmers Association. He was also passionate about supporting his community, serving on the board for the Albany Boys and Girls Club and was a member of the Albany Rotary. After retiring from the dairy industry, John was able to spend more time with his family and participate in activities he enjoyed. Beaver games, motorcycle trips, fishing, and family BBQ’s are just a few of the activities he enjoyed. However, his number one priority was his family. He especially enjoyed times when all of his children and grandchildren could be together and was a devoted, loving father and grandfather. John was known to be generous, gentle, and kind and was specifically known for his firm handshake. He had a passion for helping people in times of need, and he often did this as an anonymous gesture. He is survived by his wife of 57 years, Lucyann, his children, Rodney Volbeda (partner Monika) Darren Volbeda (wife Ruth), and Coleen Van Dreal (husband John), his grandchildren, Lauren, Morgan, Garrett, Natalie, Garritt, and Sean, his siblings (three sisters and four brothers) and many nieces and nephews. He was preceded in death by one brother. A graveside memorial service will be held at 1:00 on Tuesday, February 23rd at Restlawn Funeral Home & Memory Gardens. In lieu of flowers, memorial contributions can be made to Brighton Hospice Services or Marion Polk Food Share.

John Volbeda, 79, passed away peacefully on February 14th, 2021 at his home with his loving wife, children, and grandchildren by his side. John was born in Sneek, The Netherlands on August 13, 1941 to Hendrik Volbeda and Jeltje (Janet) Iedema.... View Obituary & Service Information

The family of John H. Volbeda created this Life Tributes page to make it easy to share your memories.

Send flowers to the Volbeda family.