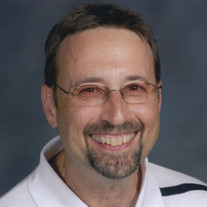 Jerry Dean Steele 67, passed away peacefully at home with his family by his side on January 10, 2022, after battling cancer. It was a blessing that family and friends were able to see him or talk with him the last few days of his life. Jerry was born on May 1, 1954, in Redmond, Oregon. He graduated from West Albany High School in 1972; Willamette University with a Liberal Arts Degree in 1976 and then went on to the Claremont School of Theology in California where he received a Master of Divinity in 1981. Jerry was predeceased by his parents, Jerry W. and Lorraine L. Steele. He is survived by his brothers, Verle (Carol) Steele, Paul (Michelle) Steele, by his wife Elaine Steele, his daughter Melissa (Sean) Walling, 1 grandson; and his nieces and nephew. Jerry met his wife, in Santa Barbara, California where they married in 1982 at the Santa Barbara First United Methodist Church. This coming July they would have celebrated their 40th wedding anniversary. Jerry became an ordained elder (Reverend) of the United Methodist Church (UMC) where he served congregations in the California-Pacific Conference at Santa Barbara, Chatsworth and National City First UMC’s, in California. He moved to the Oregon-Idaho Conference and served at Kimberly: Crossroads and Rupert UMC’s, in Idaho; and then North Bend, Cottage Grove and Drain: Hope UMC’s, in Oregon. He retired in 2015 to Twin Falls, Idaho but later moved back to Oregon to be closer to family. It was a privilege and honor for Jerry to serve as a Chaplain for several police agencies and the FBI while living in California, Idaho and Oregon. He was also a longtime member of the International Conference of Police Chaplains (ICPC). Being a Chaplain was his passion in life. Jerry loved to watch football (Cowboys, Seahawks and Chargers being his favorite teams), fly-fishing in his float tube and golf. In his younger years, he enjoyed playing tennis and doing other outdoor activities. He and his wife loved to travel; their home is filled with treasures and memories of their many worldly adventures together. Music was always playing, especially; Yusuf/Cat Stevens and classic rock and roll. He loved watching old Western films and reading Loius L’amour amongst other genres of books (he was an avid reader). The most important thing in Jerry’s life was his family, who he loved and supported unconditionally. He also had a love and compassion for animals that ran deep; he almost always had a dog or cat on his lap. Jerry was an amazing soul who touched and inspired the lives of many people through his kind-heartedness, humor and positive outlook on life despite his lifetime of health adversities. He never complained or said, “Why me?” Jerry gave much joy and kindness to the world and the church families he served. He was a man of faith who lived to serve others. He took to heart his belief in God and a love for all people. It was known, he was a lot of fun to be around: even a little mischievous at times. Jerry was admired by many people from all walks of life and will truly be missed. A celebration of life will be held at Restlawn Funeral Home Chapel in Salem on Saturday March 19, 2022 at 1:00 PM. MASKING IS REQUIRED AND WILL PROVIDED IF NEEDED. The family requests that all attending guests be fully vaccinated. The family would like to thank the staff at Serenity Hospice for their kindness and excellent care. Arrangements are under the direction of Restlawn Funeral Home, Salem Oregon. Those wishing to share memories and condolences may do so on Jerry’s memorial web page at www.RestlawnFH.com.

Jerry Dean Steele 67, passed away peacefully at home with his family by his side on January 10, 2022, after battling cancer. It was a blessing that family and friends were able to see him or talk with him the last few days of his life. Jerry... View Obituary & Service Information

Jerry Dean Steele 67, passed away peacefully at home with his...

Send flowers to the Steele family.