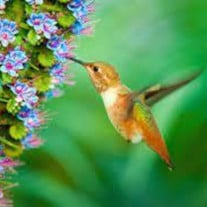 Fern Janette (Newkirk) Parker died March 4, 2022 in her home in Salem, Oregon at the age of 69. She was born August 8, 1952 in National City, California, to Jesse Benjamin Newkirk Jr and Jessie Fern (Kinkead) Newkirk. Fern had three older brothers growing up, Jesse B. Newkirk III, Don E. Newkirk (the only survivor) and James L. Newkirk. Fern's children from previous marriages are her daughter, Kathy Jo (Gladieux) Vogel (husband Robbie) who was born in 1970, and her son, Jason John Bolton (wife Cristin) was born in 1975. Fern met her future husband, Larry N. Parker in Naples, Italy in 1972. They remained friends and kept in touch throughout the next 7 years. Finally on May 30, 1979 they were married and embarked on 42 years of happiness. Since Larry was in the Army, he and Fern were able to travel extensively. Living in Heidelberg, Germany for 4 years allowed them to travel all over Europe. Living in Ft Riley, Kansas and Ft Meade, Maryland provided additional travel opportunities. Upon his retirement from the Army, they settled in Larry's boyhood home of Salem, Oregon. Here, Fern worked for the Oregon Army National Guard as a civilian, from September 10, 1990 to June 30, 2008 when she retired. Fern also leaves behind her three grandchildren, Caroline Vogel, Connor Vogel and Kennedy Bolton. Friends and family members will gather to celebrate here life at Our Savior's Lutheran Church, 1770 Baxter Rd SE, Salem, date to be announced later.

The family of Fern J Parker created this Life Tributes page to make it easy to share your memories.

Send flowers to the Parker family.