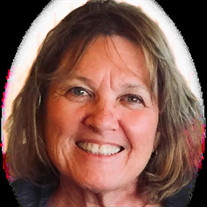 Donna Lee Carroll (Sliter), 72, was born June 30, 1949 in Klamath Falls, Oregon, the oldest of 2 children. She died peacefully on Thursday December 23th, 2021 in Salem, Oregon from complications of Pancreatic Cancer. Donna’s parents were Donald Sliter and Opal (Fitzgerald) Sliter, they met when Don, originally from Middletown, NY was stationed at Salmon, Idaho before being shipped out to the Italy during WWII. Donna’s childhood was spent in Klamath Falls until the family moved to Salem, Oregon where she was drawn by her faith in Jesus Christ to attend Salem Academy. She saved for and paid her own tuition while working at the cannery during the summers. After graduating in 1967, she was invited to enroll in an Associates program from Oregon Technical Institute for Radiologic Technicians at Albany General Hospital in Albany, Oregon. She worked as a Radiologic Technician until her retirement in the early 2000’s from Salem Hospital and Salem Radiology Consultants. Donna had a genuine kind caring heart, she often visited and prayed with hospitalized church members at the hospital. She married Donald Carroll on January 10th, 1970, after he returned from the Vietnam war. Soon after she had two children Bryan and Christy. She was devoted to her children. She enjoyed volunteering her time to help with band events while driving her 1980s model GMC Suburban. Donna loved being outdoors, she enjoyed camping trips with Don and the family to the lakes in Oregon, and Quesnel Lake in BC Canada. She was always up for a trip and loved travelling internationally to; Europe, Australia, Thailand with scuba diving trips to French Polynesia, Fiji, New Zealand, Caribbean and Hawaii. She was a long-time member of the Keizer Church of Christ, and taught Sunday school for children. In 2011 she travelled to Mexico to teach English from the bible and help with projects at the Church of Christ Orphanage in Tijuana. In 2017 she travelled to Myanmar to teach English from the bible. She loved to spend time at the cabin in Lapine, Oregon and enjoyed doing various DIY projects like painting, upcycling and refinishing cabinets and installing laminate flooring. Donna’s love for Christ continued throughout her life as she regularly attended the Annual Pepperdine Harbor Bible Lectures in Malibu, CA and the Women of Faith annual conference in Portland OR to deepen her faith. She particularly enjoyed singing Acapella and loved singing Christmas carols at the Salem Riverfront Carousel. Donna formed deep long lasting friendships with friends from her previous jobs, her book club, Women’s Retreats and fellowship from the Keizer Church of Christ. Donna is survived by her Husband Donald Carroll of Salem, Oregon, 2 Children- Bryan (Jana) Carroll of Sherwood, Oregon and Christy (Shazad) Buksh of Salem, Oregon, Brother Steven Sliter of Salem, Oregon and 5 grandchildren. A Graveside service will be tentatively held on January 4th 2022, 11am at Restlawn Memorial Gardens.

The family of Donna Carroll created this Life Tributes page to make it easy to share your memories.

Send flowers to the Carroll family.