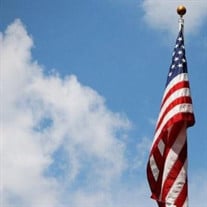 Clifford “Cliff” William Johnson, 82, was born December 13, 1939, at Salem Hospital to Albert and Veva Johnson. Clifford had one brother, James Johnson who preceded him in death. He attended West Salem Elementary, Leslie Junior High, and South Salem High School. He was a standout athlete and easily earned his letters. He was popular with his fellow students and teachers. His senior year, he was approached by a baseball scout to play semi-pro baseball, dad had already signed up to go into the National Guard, so he had to turn down the offer. Later he met Lotty Foster and they were married June 30, 1960. They had three girls: Susan (Kent) Ziegenhagel, Tamara Miller, and Lisa (Brian) Baker. They raised their girls in West Salem – all three graduating from South Salem High. They were divorced during the girls’ teen years. He has eight grandchildren, Sarah Hobson, Brent Ziegenhagel, Stephen Ziegenhagel, Kristin Miller, Brandy Reed, Jason Baker, Michael Baker and AJ Baker and has five great-grandchildren. Clifford married the love of his life Tammy Valdez on July 8, 1999. Clifford adopted Tammy’s children as his own Sarra (Shane) Beach, Jeffery (Lisa) Corron, Joshua (Charlene) Corron, Matthew (Erica) Corron. They enjoyed 22 wonderful years of marriage and were side by side every day through thick and thin even up to death. They had 15 grandchildren (Jory, Madison, Megan, Merissa (Anthony), Gracie, Jeffery, Justin, Abigail, Alexis, Joshua Jr., Jacob, Alyssa, Natilee, Courtney, and Charlotte) and five great-grandchildren: (Rose, Paislee, Vincent Leo, and one baby on the way) who loved him greatly. Clifford was a strong, but gentle man who loved Jesus Christ and family more than life itself. He was kind to everyone he encountered. He loved sitting with family and talking about the good old days. Thanks dad, for teaching us so much and always being our gentle hero. We will miss you, until we meet again.

The family of Clifford William Johnson created this Life Tributes page to make it easy to share your memories.

Send flowers to the Johnson family.